This part of the coast is called Costa Tropical because of the pleasant weather (‘El mejor clima de Europa’). All year, the average high temperature is about 10 degrees higher than North European cities such as London and Berlin. The number of rainy days is much lower and the average hours of sunshine is significantly higher. 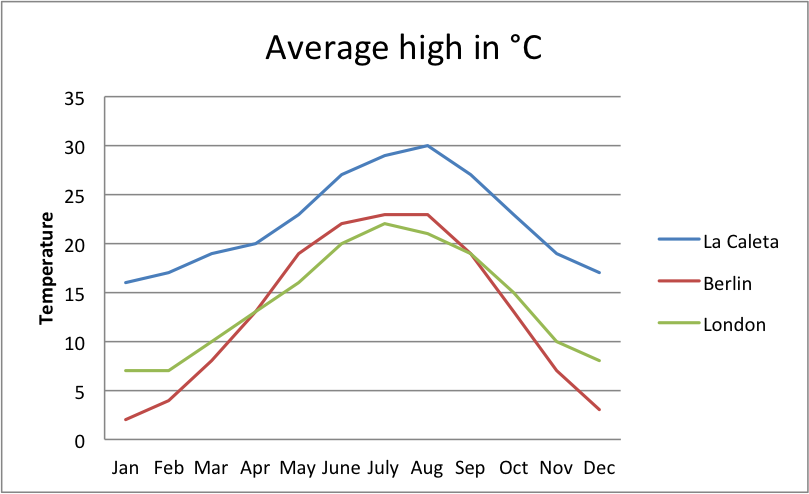 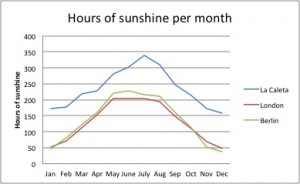 In summer, the sun is almost guarantied to shine every day, as the statistical risk of rain is near zero. The climate in summer compares favourably to other popular tourist destinations such as Greece, Turkey, and Italy. Compared to inland cities in South Spain, such as Seville and Granada, the summer is much more pleasant due to the Mediterranean sea. The mean high is about five degrees lower than the inland cities, and therefore more pleasant even compared to the nearby Andalusian mountain villages. 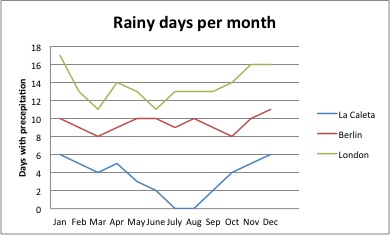 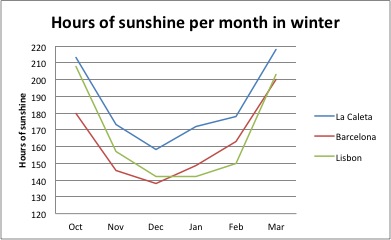 In winter, the climate is better than in most other South European destinations such as Greece, Portugal, and Italy. The hours of sunshine is the highest in continental Europe and although winter is the rainy season with occasional strong winds and heavy showers, the number of day with rain is significantly lower. 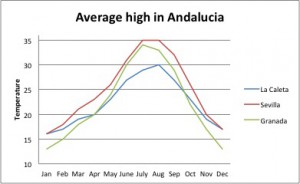 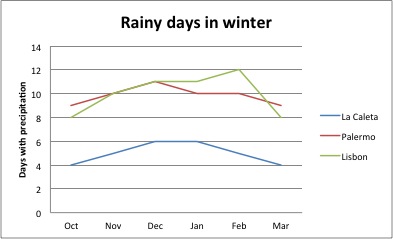 The climate in winter is also better than in most inland cities such as Granada, Sevilla, and Cordoba. The temperature is higher, tempered by the closeness to the sea, and shielded by the mountain range of Sierra Nevada. The small Andalusian mountain villages such as Lobres, Frigiliana, and Gualchos, are a few degrees colder and often you will experience the clouds spreading to the cities from the mountains, but mostly the coast will stay clear and be sunny.

In winter, it is a particular advantage that the terrace is facing south-east, as the dry and hot winds (leveche and scirocco) are southerly, whereas the colder winds (libeccio and tramontana) blows from the north and west. A wall to the west shields the terrace from the cold winds. 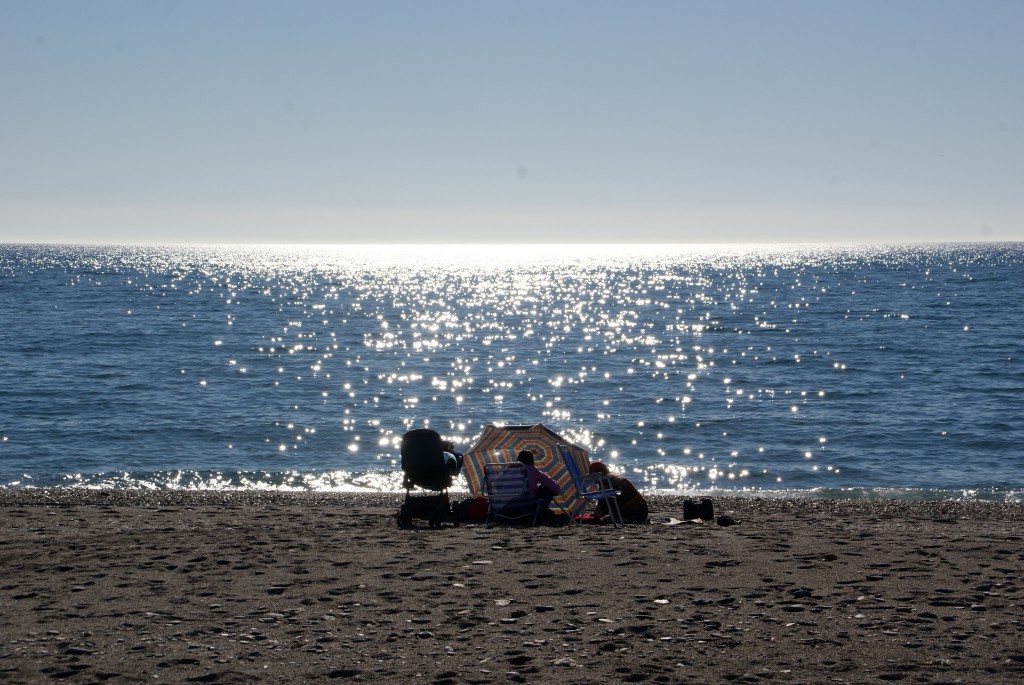 Weather data has been acquired from http://www.climatedata.eu/. You can read more about the particular weather in Salobreña at http://www.salobrenaweather.com/. The weather data for La Caleta used in the figures are approximated using data for Malaga, although the special micro-climate in the Guadalfeo delta is a little better and has allowed for the growth of sugar cane, cherimoya and avocado. 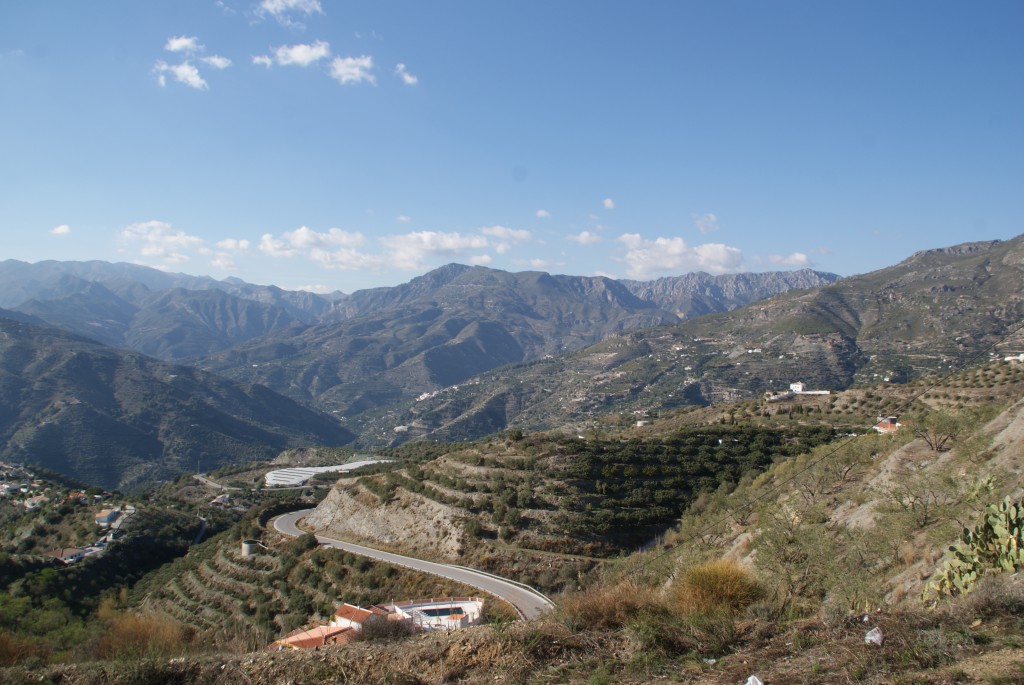